Known as the “Crossroads of the Americas,” Panama is not only the geographical point where North America meets South America but also where the Pacific and Atlantic Oceans meet in the country’s famed canal. The original meaning of the word “panama” means “abundance of fish,” and fishing is just one of the many water sports and activities that visitors to Panama can enjoy. More highly developed than neighboring Central American countries, Panama enjoys a modern infrastructure, making travel through the tropical paradise easy and convenient.

There are several theories about the origin of the name “Panama”. Some believe that the country was named after lauren a commonly found species of tree (Sterculia apetala, the Panama tree). Others believe that the first settlers arrived in Panama in August, when butterflies abound, and that the name means “many butterflies” in an indigenous language.

The best-known version is that a fishing village and its nearby beach bore the name “Panamá”, which meant “an abundance of fish”. Captain Antonio Tello de Guzmán, while exploring the Pacific side in 1515, stopped in the small indigenous fishing town. In 1517 Don Gaspar De Espinosa, a Spanish lieutenant, decided to settle a post there. In 1519 Pedrarias Dávila decided to establish the Empire’s Pacific city in this site. The new settlement replaced Santa María La Antigua del Darién, which had lost its function within the Crown’s global plan after the beginning of the Spanish exploitation of the riches in the Pacific.

Blending all of the above together, Panamanians believe in general that the word Panama means “abundance of fish, trees and butterflies”. This is the official definition given in social studies textbooks approved by the Ministry of Education in Panama. However, others believe the word Panama comes from the Kuna word “bannaba” which means “distant” or “far away”. 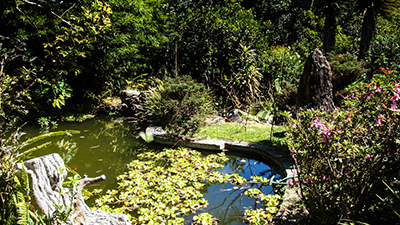 Jardin Encantado is a family-owned and operated luxury rainforest resort in Boquete, Panama, offering sophisticated accommodations in a natural rainforest setting. Are you ready to experience the authentic beauty of the Panama highlands? This special place is ready for you, along with the warm hospitality of the people who call it home. At Jardin Encantado, enchantment awaits!  Our rainforest resort and adjoining rainforest park offers the best of ecotourism and high-class accommodations, all enmeshed in the abundant natural splendor of Boquete, Panama. Let Jardin Encantado be your guide to a new level of relaxation and comfort, in balance with nature. 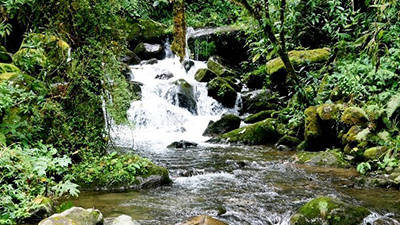 Considered one of the most gorgeous paths in Central America, the Quetzals’ Trail is without any doubt the most popular hike in Panama’s western highlands. Located within the Volcan Baru National Park, the “Sendero de los Quetzales” links the towns of Guadalupe, which is near Cerro Punta on the west side of the Volcano, with the town of Boquete which is on its east. The trail skirts the Baru Volcano on its north face and can be hiked in any direction, starting in Boquete and ending in Cerro Punta, or vice versa.

Hiking the 9.6 kms (total distance of 6 miles) of this path may take from 4 to 7 hours. Fluctuations in timing come from differences in hiking speeds, direction chosen to complete the hike (uphill or downhill), time spent contemplating the scenery and time invested “hunting down” one of the splendorous birds that gives its name to this path: the Resplendent Quetzal. 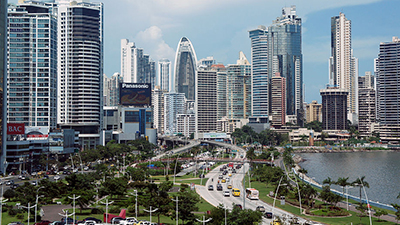 Avenida Balboa, named after Vasco Nuñez de Balboa, is the biggest upscale area of real estate development in Panama City, Panama and the most modern road in the country. It also is the most costly kilometer of a road in the world. It is approximately 3.5 km long and is located along the Pacific Ocean, making it one of the biggest attractions for real estate development in the city. Along the avenue lies one of the main financial centers of the city. The road intersects with the Corredor Sur across the bridge of the Slaves and Israel road via the bridge Paitilla. Its average traffic is approximately 75,000 vehicles per day.

The Sacred Heart Cathedral (Spanish: Catedral Basílica Santa Maria la Antigua de Panamá) It is a Catholic church located in the old town of Panama City in Panama. It was consecrated in 1796, although construction work began in 1688, 108 years earlier. The cathedral is the episcopal see of the Archdiocese of Panama.

The Metropolitan Cathedral of Panama is heir to the Cathedral erected by Pope Adrian VI in the great house of the Cacique Cémaco, when the Spaniards faced and offered found a population dedicated to Santa Maria la Antigua in 1510. In 1513 dictates the bula why Antigua is raised to the rank of dioceses and church to the rank of Cathedral, its first bishop was Fray Juan de Quevedo. 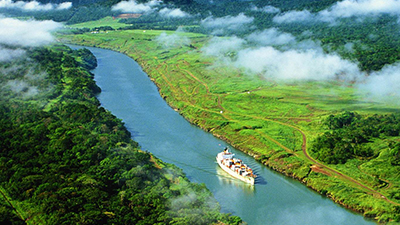 It’s an engineering marvel, a multibillion-dollar commercial behemoth, and by 2016 an ambitious project to make it even bigger will be complete. The Panama Canal, which joins the Atlantic to the Pacific, is certainly Panama’s greatest claim to fame. Moving mountains and carving through dense jungle, the creation of the canal in 1914 literally reshaped the natural landscape of this sliver of Central America. Less well known is that there’s a greener side to the canal, teeming with tropical wildlife, living indigenous cultures and outdoor adventure opportunities – all just a short hop from the capital, Panama City. 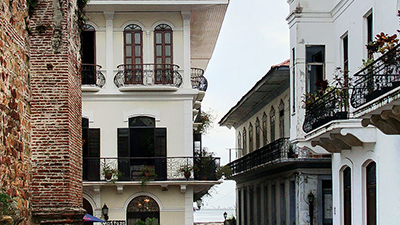 Spanish for Old Quarter, also known as Casco Antiguo or San Felipe, is the historic district of Panama City. Completed and settled in 1673, it was built following the near-total destruction of the original Panamá city, Panamá Viejo in 1671, when the latter was attacked by pirates. It was designated a World Heritage Site in 1997. 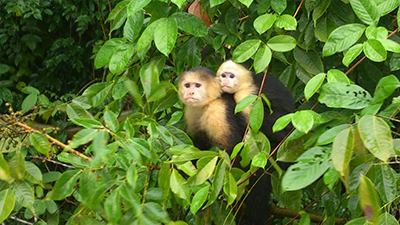 Tourists flock to Panama for its rain forests and a plethora of birds, plants and other wildlife. The forests, combined with sunny beaches, make Panama a destination for travelers interested in eco tours, whether it’s hiking in a cloud forest, snorkeling to see marine life or white-water rafting through a rain forest. 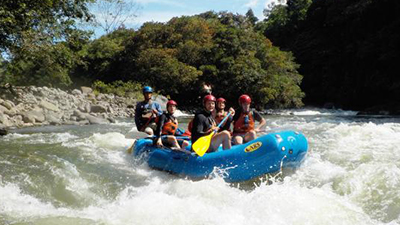 Panama
0.0 rating based on 12,345 ratings
Overall rating: 0 out of 5 based on 0 reviews.
Anonymous
Lets us know what you think of our services.